The figures, objects and sets of Damiet van Dalsum are made to represent stories, to arouse illusions and to create an imaginary world in which children, and sometimes adults as well, can lose themselves. They are not meant to be shown as autonomous art objects. However, TOPIC wanted to organise a retrospective exhibition of Damiet van Dalsum’s work because, besides their remarkable theatrical qualities, these puppets have a visual power of their own.

The first exhibition of Damiet’s fi gures was in Dordrecht, the Netherlands, ten years ago. The director of the Arte House wrote about it: I saw Van Dalsum’s puppets and pieces of scenery. I was immediately taken by them, even though I didn’t know exactly what I was looking at. Even now that I have had them in my hands, it’s not easy to say what their attraction is. They’re made of almost nothing —ieces of cardboard, wire and feathers, objects you fi nd by chance at hand at home like a bell, a fan or a piece of fruit… And yet these ‘poor’ materials seem to give the impression of fi nely made expensive materials.

Together with this illusion of ornamental objects, there is also the association with primitive art, with magical objects that play a role in strange rituals. The unexpected combination of diff erent materials reminds you of surrealist fantasies. You may also want to link this magical and primitive with the mental world of young children, which is a source of inspiration for many artists.

The atmosphere of enchantment refers to buried feelings, to a dark world of horror, fear and tension, but the puppets equally have something light-footed about them – they’re peculiar and jolly. This is, I believe, what makes Van Dalsum’s objects so compelling to look at: the absurdity of all these combinations. As far as viewing pleasure, the use of materials and the arousal of feelings are concerned, I see no essential diff erence from a painting or a piece of sculpture. All the more reason, in that case, to allow them to be seen in an artistic context. 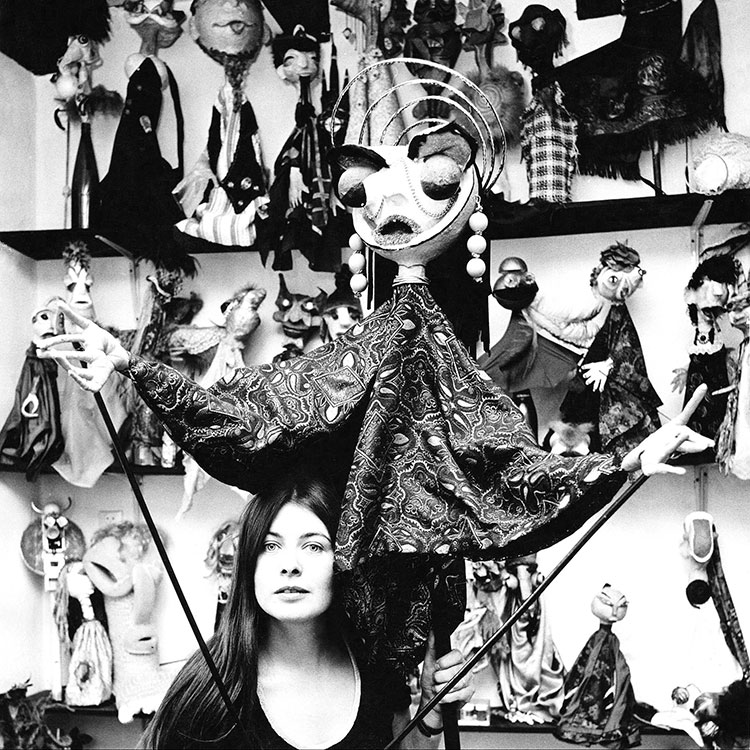